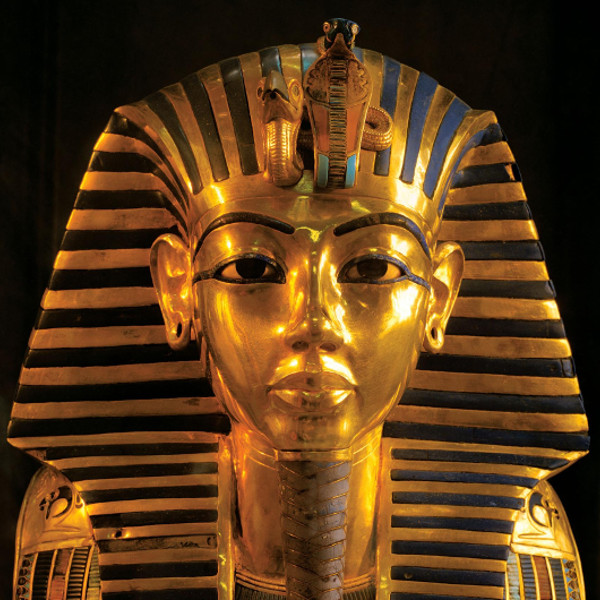 On today’s date in 1923, a remarkable discovery was uncovered in Thebes, Egypt. Under cover of torch light, archaeologist Howard Carter unsealed the tomb of Egyptian Pharaoh-God Tutankhamen for the first time in 3,000 years.

Howard Cater was born on May 18th, 1874 in Kensington, England. His father was an artist, and his mother a homemaker. The Carter family had friends with sizable collections of Egyptian artifacts, sparking the young Carter’s interest at an early age. Carter was sent to his first archaeological dig at 17, excavating and recording of Middle Kingdom tombs in Beni Hasan. The budding archaeologist began working around Egypt, amassing experience and local reputation.

By the early 20th Century, Carter was one of the few archaeologists that believed there was another tomb of the dead boy-king, Tutankhamen. After securing financial backing from Britain’s wealthy socialite Lord Carnarvon, Carter spent five unsuccessful years searching the areas he thought had the best chances. In1922, when Lord Carnarvon sent word to Carter that he wanted to pull out of the deal, Carter pleaded to give it more time. In the end, Carnarvon relented, agreeing to one more year.

The wait paid off in Autumn of 1922, when Carter and his assistance found a hidden entrance inside of an already known tomb. This new entrance lay under a thick layer of ancient debris in an already known tunnel. When Carter and his assistant followed the path, they found themselves at an entrance marked with “Tutankhamen.” Their excitement was held at bay, as they waited for Lord Carnarvon to arrive in Thebes.

At the end of November, Carnarvon finally arrived, and the team went to unseal the chamber. Excitement rippled through the team as they found the tomb consisted of four untouched rooms, each filled with artifacts and treasures. It wasn’t until February of the next year that high-ranking Egyptian officials allowed the team to open the final chamber, under their supervision. Inside, amongst a cache of weapons and jewelry, lay a sarcophagus containing three coffins, all nested within one another. In the smallest, most inner coffin, lay the full mummified remains of the long-deceased child-king.

Despite receiving no honor or acknowledgment from the British government for being involved in the most important historical discovery of the time, Carter spent ten years meticulously documenting and cataloging all the artifacts within the tombs. The collection was for a time on a traveling tour, but found its home at the museum in Cairo.

After his time in Thebes, Carter retired permanently from archaeology. He took up work as a for-hire agent for collectors of historical artifacts. He found work with both the Cleveland Museum of Art and the Detroit Institute of Arts.

On March 2nd, 1939, the 64 year old Carter passed away in his London flat. The cause of death was Hodgkin’s Disease. Carter never married, nor had children. His funeral was bare. The inscription on his tombstone reads, “May your spirit live, may you spend millions of years, you who love Thebes, sitting with your face to the north wind, your eyes beholding happiness.”