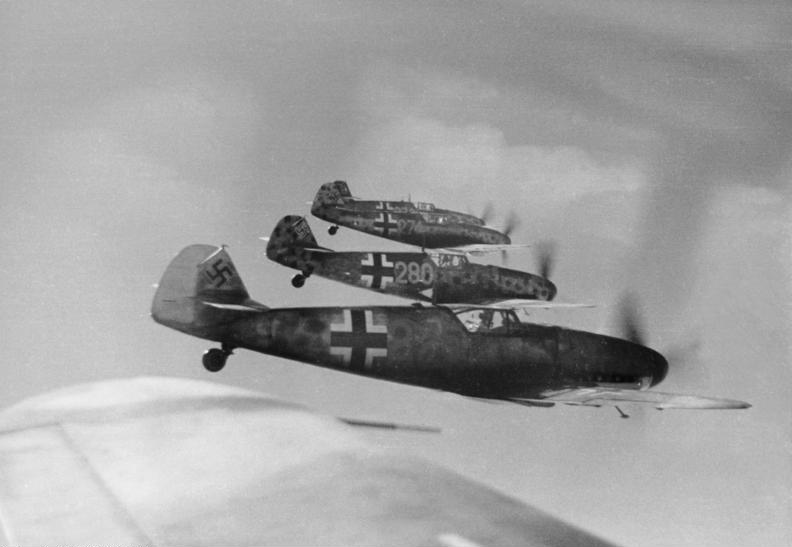 A flight of Messerschmitt Bf 109s on mission, December 1944

This story is assembled from contemporaneous first-person accounts. As such, quotations contain some antiquated spellings, grammar, and phrasing. In the Earth’s extreme southern latitudes, where the Pacific and Atlantic oceans meet, there is a rocky gap of sea between Antarctica and South America known as the Drake Passage. Among 18th century seafarers, this corridor was […]

I love Ken Burns.  Yes, yes, I admit it. So when I heard he was doing a documentary on the Roosevelts, I was thrilled.  This was very good, but I do wish there was more on Eleanor after Franklin’s death (Edith, too) as well as some of the other females in the family.   (If you […]

Remember to vote! I did this morning! 1952 Good Housekeeping: “Vote for my husband or for Governor Stevenson, but please vote” by Mamie Eisenhower When Good Housekeeping asked me to write this piece, my initial reaction was to say an immediate an emphatic “No, thanks.” I am not a writer. And then I changed my […]

Book Review: “I Am Abraham” by Jerome Charyn

In time for the 205th birthday of Abraham Lincoln comes the latest work from the prolific author, Jerome Charyn, a novel titled “I Am Abraham: A Novel of Lincoln and the Civil War.” Charyn has written numerous works over his career, including short stories, plays, histories and at least 30 novels. He has been called […]

When Anti-Lynching Law Was a Tool of Oppression

by Guy Lancaster Guy Lancaster is the editor of the online Encyclopedia of Arkansas, a project of the Central Arkansas Library System, and is the author of Racial Cleansing in Arkansas, 1883–1924: Politics, Land, Labor, and Criminality and editor of Bullets and Fire: Lynching and Authority in Arkansas, 1840–1950. Recent news that the U.S. House of Representatives overwhelmingly (if not […]

The Progressive Movement in Context

The Progressive Movement was the reform movement that ran, generally, from 1890-1920, during which social reformers made up mainly of the middle class intellectuals who sought to address the issues of industrialization that were literally transforming America into an economic super-power. These issues were new and some not expected and, in general, fall under social, […]

Amelia Earhart Lockheed Vega On May 20 – 21, 1932, she flew this red Lockheed Vega 5B from Harbor Grace, Newfoundland, Canada, and landed about 15 hours later near Londonderry, Northern Ireland. The flight made Earhart an instant worldwide sensation and proved she was a courageous and able pilot. Image by Smithsonian’s National Air and […]

Martha’s Vineyard: A History of Deaf Equality on a Little Island

Martha’s Vineyard: A History of Deaf Equality on a Little Island A Guest post by T.L. Council The modern day incarnation of Martha’s Vineyard as a tourist resort is vastly different than what it originally was. From its earliest days, it was just a small, isolated village, filled with a friendly and vibrant people. The […]

The Slaves’ Gamble by Gene Allen Smith ———————————- Why would slaves fight for the United States, a nation that kept them in bondage, during the War of 1812? Why did free blacks join with the British or with the Spanish, or with Native American communities during the conflict? These questions form the basis for Gene […]